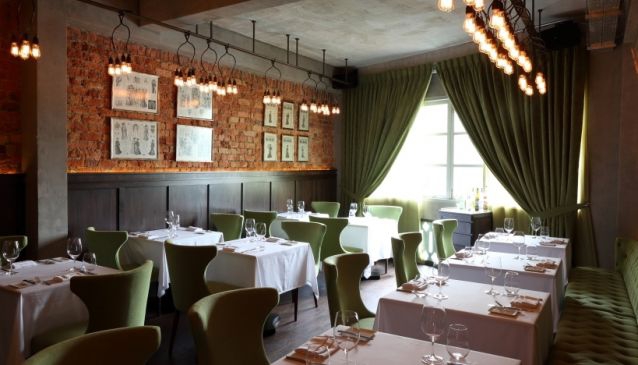 Housed in a two 4-storey heritage building in the heart of Singapore's Central Business District area, Boat Quay, overlooking Singapore River and the city skyline, Absinthe presents an entirely new concept in dining rooms, 4 private rooms including a privy dining chamber and terrace riverside dining, to bring you the best of the restaurant's exquisite French cuisine.

Once you'll arrive make sure to taste one of the Absinthes, these anise-flavoured spirits on offer and experience the 'Green Fairy'!

Chef Francois' cuisine is deeply rooted in the French heritage, influenced by his younger years in the South West Region of France. Armed with culinary experiences from the Caribbean, United Kingdom and Australia, Chef Francois returned to Singapore to set off the opening of DUO Restaurant where he was nominated as a finalist at the 2004 World Gourmet Summit Awards Of Excellence, Meat & Livestock Australia Rising Chef of the Year and the Christofle New Restaurant of the Year.