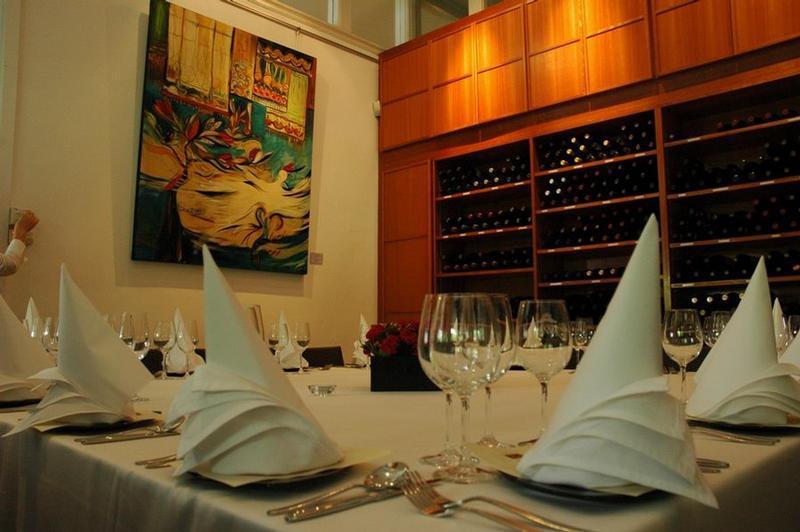 Flutes at the Fort

Perched on a leafy hill near Fort Canning Park, Flutes at the Fort is a nook of heaven within the Civic Distric. The 1908 colonial bungalow, flanking the Central Fire Station, served once as the old Fire Chiefs' residence.

Today the bungalow is best known for its fine dining restaurant. At Flutes at the Fort, guests can overlook the city and bask in the serene atmosphere of abundant greenery while savouring some modern Australian delights. Sourced with fresh produce imported directly from Australia, this restaurant boasts an acclaimed Pan Fried Foie Gras with Pineapple and Lime Compote while its Confit of N-Z King Salmon is sensational. Some other highlights include their Italian Caviar and their White Chocolate Cannelloni, which won't disappoint you.
Throughout the day whether inside or at the verandah, the magic is the same. At Flutes at the Fort, you feel well fed and well looked after.