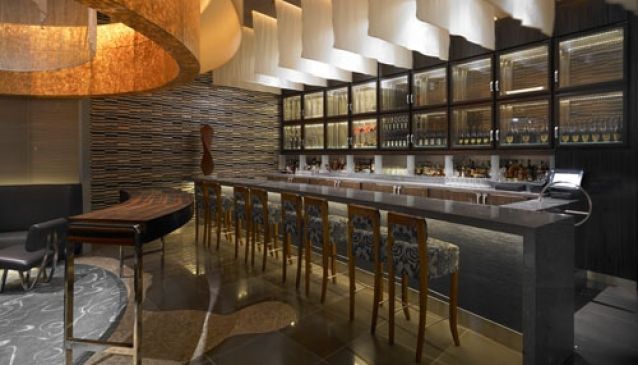 The award-winning restaurant Waku Ghin by celebrity Chef Tetsuya Wakuda has consistently received  the highest accolades since its opening at the Marina Bay Sands.

The top-notched establishment provides 25 covers which are spread throughout four private enclosures with their private chef preparing a 10-course tasting menu at S$400 on a teppanyaki grill. To start is raw seafood - maybe sea urchin and abalone - followed by 'salads' such as scallops with daikon and oyster. The real magic begins as your private chef cooks a succession of fish and meat dishes. But the main star of the show is the Marinated Botan Shrimp with Fresh Sea Urchin and Caviar. It's part theatre, part cooking lesson. All can be expertly paired with wines or sake.