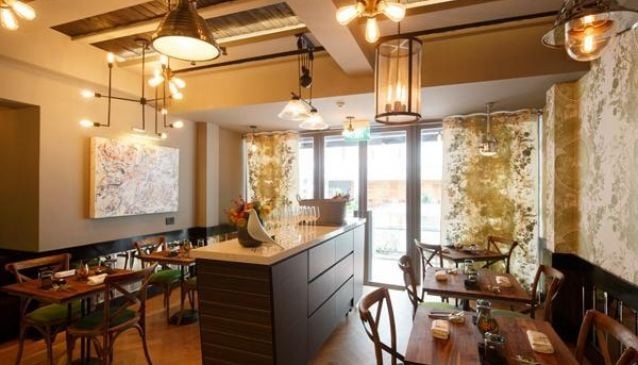 Chef Ryan Clift's brand of modern cuisine is fun, playful and fresh. It imbues the dining experience with a sense of excitement and a touch of theatre. Known for its experimental, ultra-progressive cuisine and cocktails, Tippling Club was ranked the 45th best bar in the world by The World's 50 Best Bars in 2013. Miele named Tippling Club Asia's 12th Best Restaurant in its Asian dining guide. It was also named Restaurant of the Year and Coffex Bar of the Year at the Singapore World Gourmet Series Awards of Excellence 2013. At its locagion in Chinatown, Tippling Club continues to pair its award winning cuisine with world-class cocktails, pushing the extremes of ingredients and textures to create an ever-evolving dining experience. Standout dishes included heirloom carrot gnocch, Pigeon, celery, quinoa and goats' curd.