The stall owner shakes his head and tells you 'bo liao'...It means 'no more'...

Given its racial composition and open-door policy, Singapore's culture has as many as 4 official languages, namely English, Chinese, Malay and Tamil. Although English is the working language, most locals speak a local variation of the English language, known as Singlish.

It is quite impossible for a visitor to instantly pick up the nuances of Singlish, which not only incorporates the aforementioned languages but also dialects such as Hokkien and Cantonese.

Here are a dozen useful local phrases to help you mingle with the locals, especially taxi drivers and coffee shop attendants.

If you have spoken to any Singaporean at length, odds are he or she might have inadvertently used the word ‘lah’ at some point in the conversation.

For example: “Don’t worry, lah.” It is an extremely versatile local word and basically can be inserted at the end of most sentences or peppered liberally. It has essentially no meaning on its own, with its purpose largely rhetoric.

It can even serve as a break in a long sentence.

For example: “There is a lot of nice food to eat here, like rojak, chicken rice, lah, hokkien mee…”

One word of caution, though: because of its ubiquity, many foreigners may come off as sounding contrived or forced when working it into conversation.

Commonly used with an exclamation mark, wah lau is a common local phrase to indicate surprise, agitation or irritation.

A visitor to Singapore will probably hear it first in a taxi.

Driver: “Why are you in Singapore?”

You: “I came to attend a medical conference.”

You will most likely need this phrase if in a taxi and trying to get to the Esplanade, the famous local theatre. If you ask for the ‘Esplanade’, it is possible the driver will not understand. However, if you simply say: “Liu lien?” he will know you are looking for the Esplanade. It doesn’t matter why, he just will.

Liu lien is also the name of a local fruit.

Usually used with a bit of agitation, this phrase means literally ‘no choice’ and is used in response when someone protests your request. This little phrase is very useful to build rapport with taxi drivers.

Instantly, you gain credence with him for your empathy of his situation and familiarity with his lingo.

Usually you will hear this from a taxi driver and it means: “You have arrived at your destination.”

You might hear this when you arrive at a popular hawker stall. The stall owner shakes his head and tells you ‘bo liao’, either apologetically (which means you probably shouldn’t come back since most of the best hawkers in Singapore are insufferably rude) or impatiently (see previous note).

It means ‘no more’ – you have to come back another time to try whatever he or she is selling. 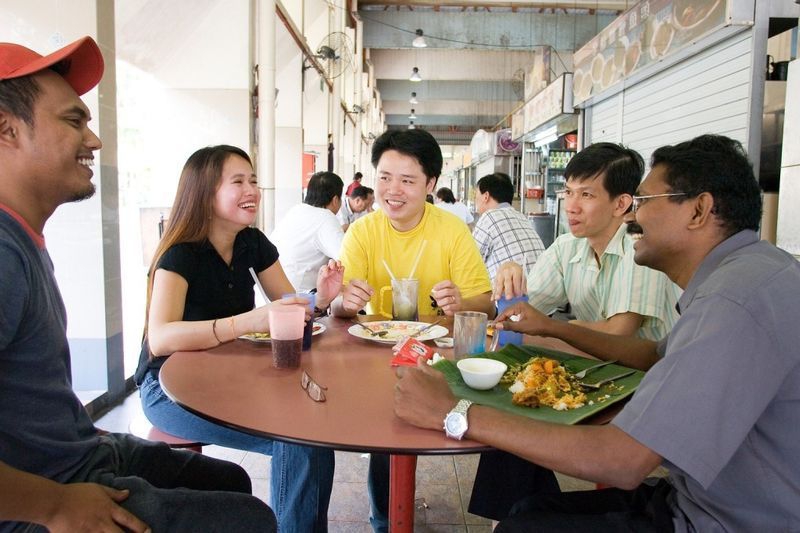 Kopi is the local word for coffee. It originated from the Malays but gained credence among the other locals as well. But don’t expect espressos or lattes. Local coffee is strong, roasted coffee beans and can be taken in a variety of ways:

Kopi – coffee with cream and sugar

Kopi-kosong– coffee with creamer but without sugar

Literally translated this means ‘tiger’. But fear not, this is not Sumatra or rural India: the only tigers in Singapore are locked in the zoo. The Tiger in question is the popular local brand of beer that is readily available at most coffee shops.

It is not uncommon for old men to sit around the coffee shop tables drinking lao hor while watching football. Speaking of which…

When you hear this in a coffee shop, either there is a match going on, or someone just ordered Milo, a popular chocolate malt drink. Other variants include tak kiu peng, which means iced Milo, and tak kiu kosong,which means milo without sugar.

But how did it get this curious name you ask?

Yes, it is a location in Singapore, but in coffee shop lingo, it refers to lemon tea. They sound similar, so it’s not hard to imagine where the name came from.

This phrase translates literally into ‘angling’, but when used in a coffee shop, it refers to Chinese tea served in a… brace yourselves… teabag. Sacrilege! Anyway, the act of dipping and lifting your teabag in the drink resembles angling, hence the name.

This versatile word translates into ‘what’.

So when someone asks you a question and you don’t quite catch it, you can reply with: “Simi?” which means: “What’s that?”

Just a note of caution: don’t look at someone and ask: “Simi taiji?” because it means ‘what’s your problem’, and is viewed as an act of aggression. Countless fights have broken out on that magical phrase alone.

This list is by no means exhaustive though. For a humorous look at the local lingo, you can go to the local satirical website www.talkingcock.com and read the dictionary for more phrases. Just a caveat: if you are easily offended by adult humour then this is not for you.

Images courtesy of the Singapore Tourism Board 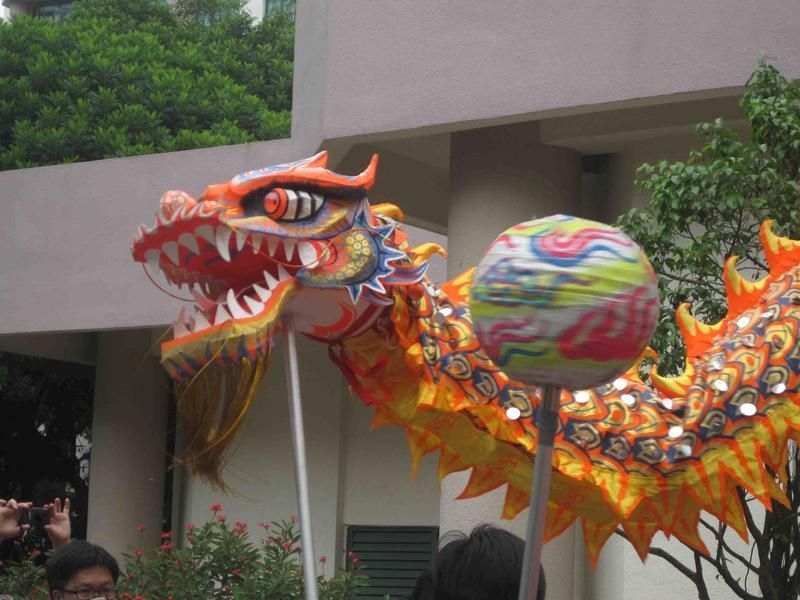