Winding streets are enlivened by colourful garlands of lanterns and hustling stalls.

The Mid-Autumn Festival, also called 'Mooncake Festival', is a one thousand year-old Chinese tradition that dates back to a time when farmers thanked the Moon Goddess for an abundant harvest. One of the two most meaningful festivals in the Chinese calendar, together with Chinese New Year, the Mid-Autumn Festival is celebrated among all Chinese communities around the world. It is held each year on the 15th day of the eighth month of the lunar calendar, when the moon appears at its fullest and brightest. In Singapore, this festival is especially important as the local Chinese community forms 74% of the population. If you plan your visit to Singapore around this date (Monday 8th September 2014) or somewhere between the 13th of August to the 8th of September, you’ll find yourself marvelling at a plethora of glitzy lanterns in hotels and shopping malls. Without a doubt, you will also be offered a taste of these famous mooncakes that everyone raves about. Why don't you give it a try and bask in the festive mood? Learn about the legend of Chang’E that goes with the Mid-Autumn Festival and discover how this tradition is celebrated in Singapore. Then join the festivities in Chinatown at night, when its winding streets are enlivened by colourful garlands of lanterns, hustling stalls and eclectic entertainment. 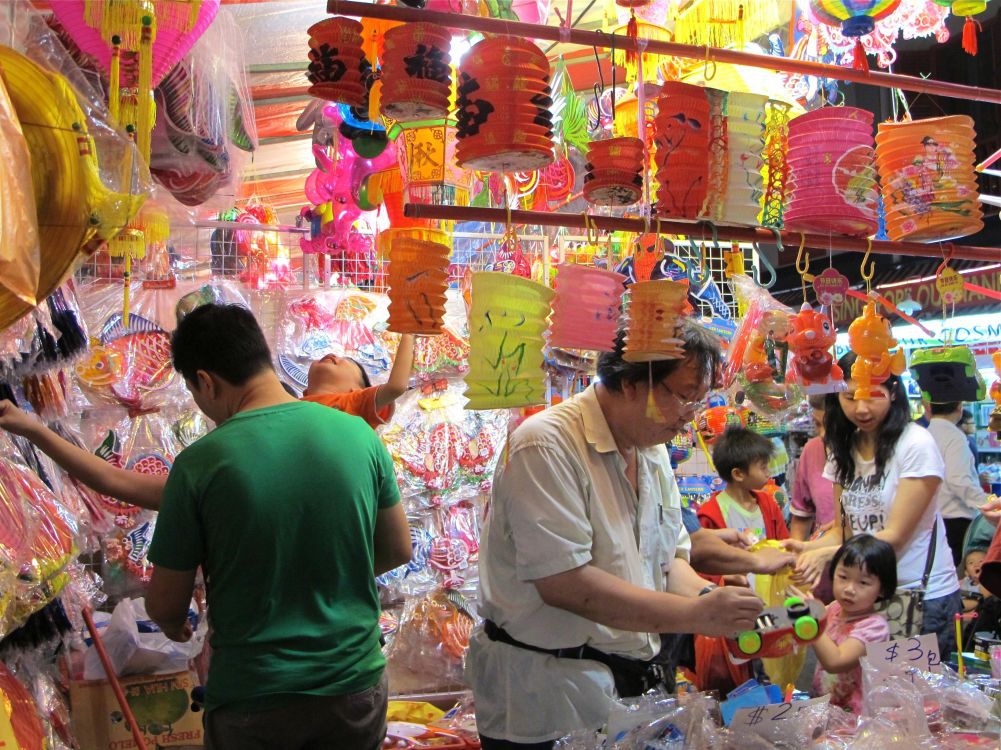 Chang'E: The Moon Goddess
Like many age-old traditions, there is a story behind the Mid-Autumn Festival and the worship of the moon. In the Chinese culture it is widely associated with the legend of Chang’E. One the many versions of the story states that the Earth once had ten suns revolving around it, each of them taking a turn to illuminate our world. However, on one day all ten suns rose at the same time, bringing death and desolation with their searing heat. The famous archer Hou Yi was called for help. Shooting down nine of the ten suns and preventing the Earth from impending doom, Hou Yi saved the day. As a reward, the Goddess of Western Heaven offered him an elixir of immortality that would send him directly to heaven. Going out hunting, Hou Yi assigned his beautiful wife Chang’E to hide it. Unfortunately, the traitor Peng Meng spied Chang’E in the process and, when he tried to seize the magic potion, Chang’E decided to swallow it instead. In another popular version of the story, the potion comes in pill form and Chang’E swallows it out of mere curiosity. As soon as she absorbed the pill (or the elixir), she received eternal life and flew to the moon to remain as close as possible to her husband. When Hou Yi came back and learned what had happened, he became deeply afflicted and, as he gazed at the bright moon with sorrow, it seemed that he could see the shadow of his beloved wife. As a sign of love Hou Yi set up an incense burner table in the garden with some of Chang’E’s favourite dishes.
Passed on by word of mouth, soon this well-versed tale of love, betrayal and immortality spread among the region. People began to worship Chang’E by moonlight, believing her to be the Moon Goddess of good fortune and peace. Since then, the full moon has become a symbol of family reunion in the Chinese culture. 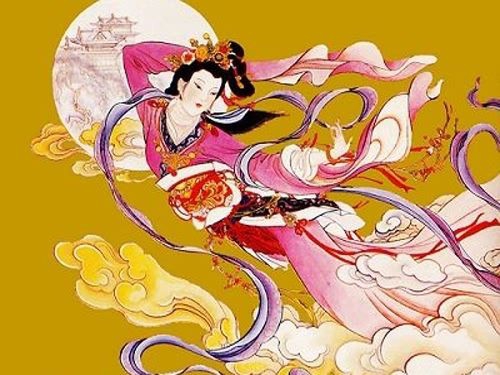 Mooncake Mania and Palatable Pomelos
Once the festival is in full swing, a serious mooncake mania overwhelms the whole of Singapore. Shared among families and friends, mooncakes are also the perfect gift for valued customers and business partners. The best places to taste a host of traditional and new-found flavours are Singapore's shopping malls. Here, they set up (this year until the 18th of September) a row of mooncake tasting booths from the best mooncake makers around the country. Sample and savour some of the beautifully crafted mooncakes on display. The traditional version of the mooncake is a round shaped pastry dough, densely filled with lotus or red bean paste and a duck egg yolk in the center. More modern creations include snow skin mooncakes, which have a soft and chewy texture and other mooncakes that can be flavoured with almost everything from black sesame to pandan, chocolate to expresso, durian fruit to ice cream.
Beware, however, mooncakes can be very addictive and are not always compatible with a healthy diet! Hence, pace yourself while eating and do like locals: drink some hot tea to cut through the density.
Beside their round shape that symbolises unity, mooncakes are also associated with the overthrow of the Mongolians who occupied China during the Yuan Dynasty (14th century). The Chinese rebels took advantage of the Mid-Autumn Festival to organise a surprise attack. As festive presents, the rebels sent their allies special mooncakes enclosed with the details of the assault. This resulted in the fall of the Mongolians and the advent of the Ming dynasty.
Another festive goody that you should try during the Mid-Autumn Festival is the pomelo fruit. Usually imported from Malaysia, this tasty morsel becomes ripe during the festive season. Placed on the altar as a prayer offering, its round shape also signifies family unity while its Mandarin name is associated with abundance and wealth. Either way, the pomelo is also a symbol of prosperity and good fortune.
Did you know? 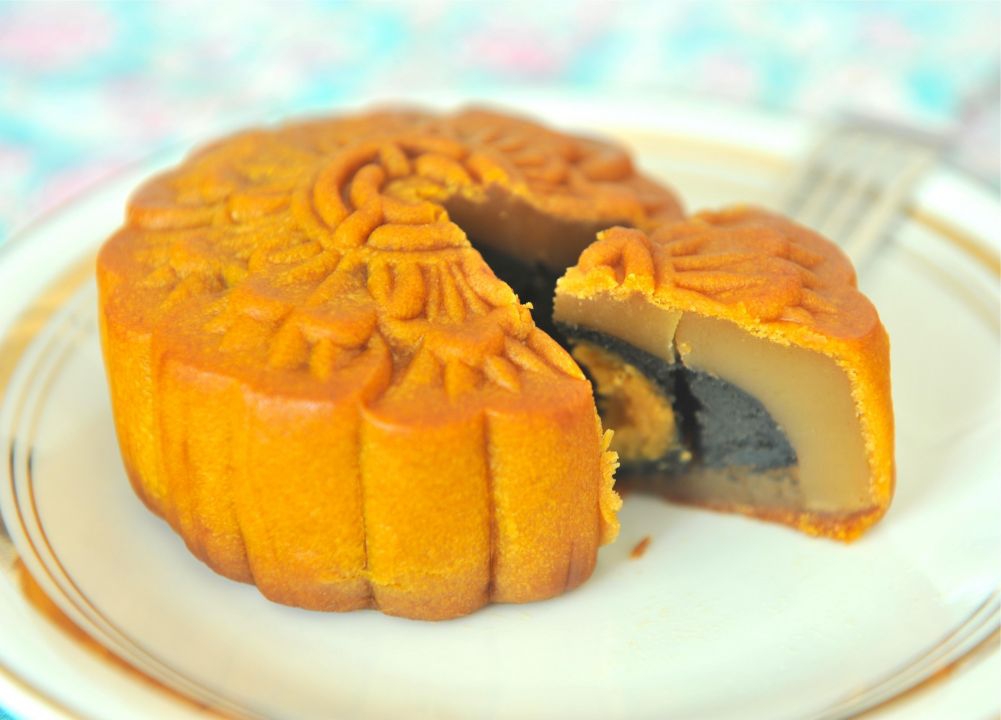 The Mid-Autumn Festival 2014 Celebrations
During this festival and after a long day at work, unwind with an evening walk across Chinatown. Follow the flow of the crowd, indulging in some shopping finds at the Night Market or join a free Mid-Autumn Walking Trail to discover the richness of this vibrant precinct. And, if you’ve got the munchies, there are plenty of casual eateries where you’ll find all Singapore local favourites.
Visiting Chinatown during the Mid-Autumn Festival has become a tradition for many Singaporeans. With its strong ethnic heritage and vibrant ambiance, Chinatown is the best place to experience the colourful street decorations and festive street bazaars. The nightly stage show held at Kreta Ayer Square, near the Buddha Tooth Relic Temple, is also the opportunity to mingle with locals enjoying Chinese cultural performances, folk songs, music and dance acts by local entertainers and troupes from China.
Yet, the climax of the Mid Autumn Festival is definitely the Mass Lantern Walk. Held this year on Sunday the 6th of September, it is expected to attract 10,000 visitors in Chinatown. Each year, this is a fabulous display of giant lanterns that is set up at the open field in front of Banda Street. All locals and tourists are invited to join the one-kilometer procession bringing their own lanterns and also get the chance to worship Chang’E under the moonlight. Although the actual purpose of carrying brightly lit lanterns is not well established, in Singapore lanterns are widely used as a decorative element or children's toy. Today, however, it has become a vibrant symbol of the Mid-Autumn Festival.
Following the lead of the procession, Chinatown is turned into a wonderful carnival of lanterns with dragon dances, cheerleading acts and percussion bands joining the parade. Closing with a few more dazzling stage performances and a spectacular display of fireworks, the Mass Lantern Walk finishes on a jubilant high.
Occupying the Marina Bay area on the same weekend, however, there’s another highlight of the Mid-Autumn Festival that has been delighting for years - the amateurs of performing arts. Since 2005, the Esplanade theatres on the Bay have presented the Moonfest Festival, a rousing roundup of Chinese performances, workshops and discussions about Chinese culture. This year, the audience will be presented with stately Chinese art forms such as the Wu opera, Teochew opera and the Guzheng instrument. Whether through ticketed or free performances, this is an engaging way for visitors to enjoy Chinese dance, music and other fun-filled activities such as martial arts, woodblock painting, Chinese chess and storytelling.
With all this entertainment embracing Chinese culture, whether in Chinatown or Marina Bay, you’ll definitely cherish your stay in Singapore during the Mid-Autumn Festival. So, join in the fun armed with your lantern and cheerfulness in hand and, for further moon-gazing opportunity, why not end your evening at one of our preferred rooftop bars?
Happy Mid-Autumn Festival 2014!
To find out more about what to expect at the Mid-Autumn Festival, watch this video. Alternatively, visit our dedicated information page on the Mid-Autumn Festival 2014 in Chinatown and view our photos of this year's street decorations. 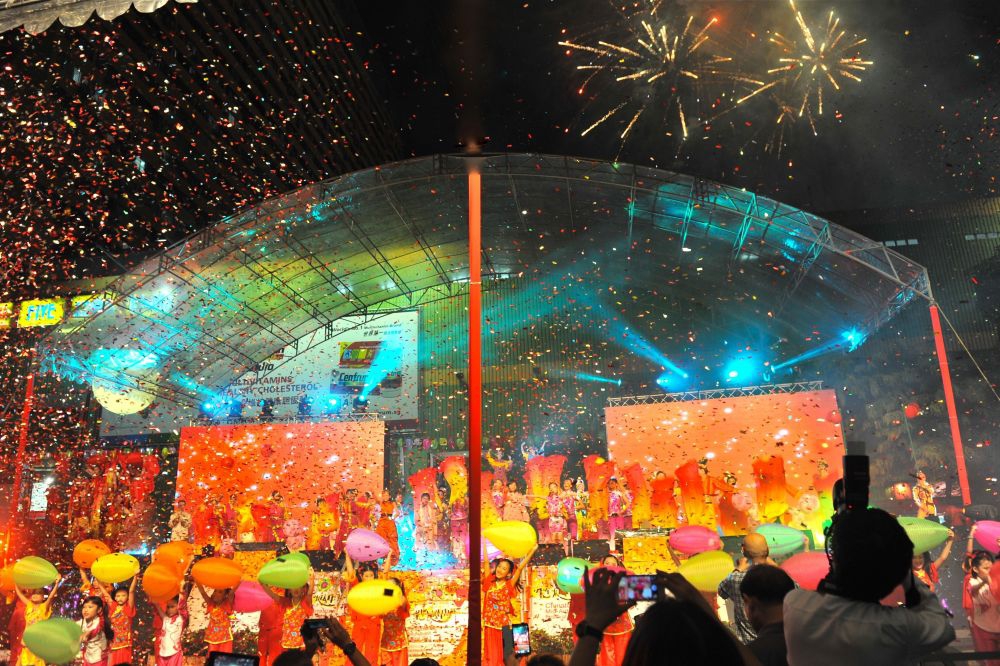