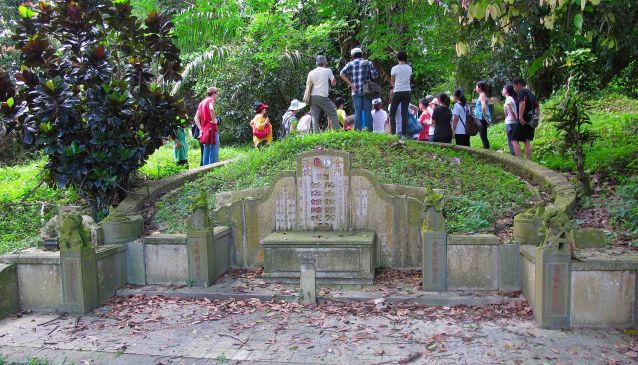 Singapore once had several cemeteries spread out over the island. All of them, except for one, were cleared of graves as the land was redeveloped for housing or commercial purposes. A total of 21 cemeteries, along with over 120,000 graves were exhumed by the 1980's to make way for Singapore's rapid economic expansion.

The only remaining cemetery today is Bukit Brown, located along Lornie Rd just opposite of MacRitchie Nature Reservoir. Also known by the locals as Kopi Sua meaning Coffee Hill, it is named after its first owner, George Henry Brown, a ship owner who arrived in the 1840s from Calcutta.

With an area of more than 40ha and well over 200,000 graves, Bukit Brown is the largest Chinese graveyard outside of China in terms of number of graves. It was the first municipal cemetery opened to all Chinese regardless of dialect groups or social status in 1922 and it closed in 1973. It is also a beautiful and serene place to visit.

In 2012, the Singapore government announced that Bukit Brown had to make way for a new 4-lane highway that will cut the cemetery into two, destroying over 5,000 graves. They also announced that the rest of the cemetery would be redeveloped into a new public housing town in about 40 years time.

Following these announcements, many locals stepped up efforts to save this important heritage site, which not only represents a part of Singapore's history but has also become one of the major, authentic attractions for locals and visitors alike.

Use the wide, paved pathways to wander the large area, the smaller jungle trails lead to the hidden graves but are well worth the effort. Out of respect, we advise to stay on these tracks and to avoid stepping or standing on tomb hills at all times.