Filter Business and MICE by Type 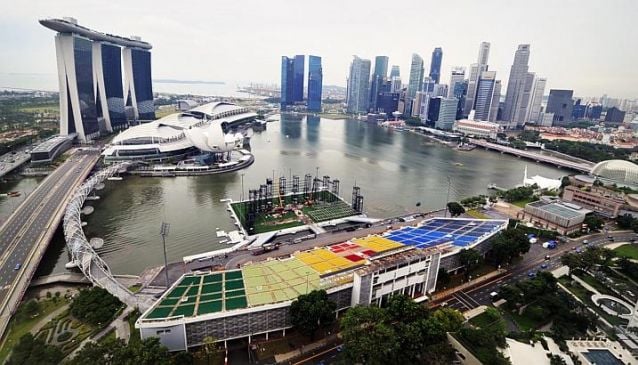 Directions to The Float @ Marina Bay

The Float @ Marina Bay also known as Marina Bay Floating Platform is the world's largest floating stadium. Located on Marina Reservoir in Marina Bay, It is fixed to the seabed by six pylons and can bear the total weight of 9,000 people, 200 tonnes of stage props and three 30-tonne military vehicles. Owned and operated by Singapore Sports Council, the Float @ Marina Bay has been the venue for the annual National Day Parade since its opening in 2007, for the Opening and Closing Ceremonies of the Singapore Youth Olympic Games 2010 and the centre of focus for New Year's Eve celebration.