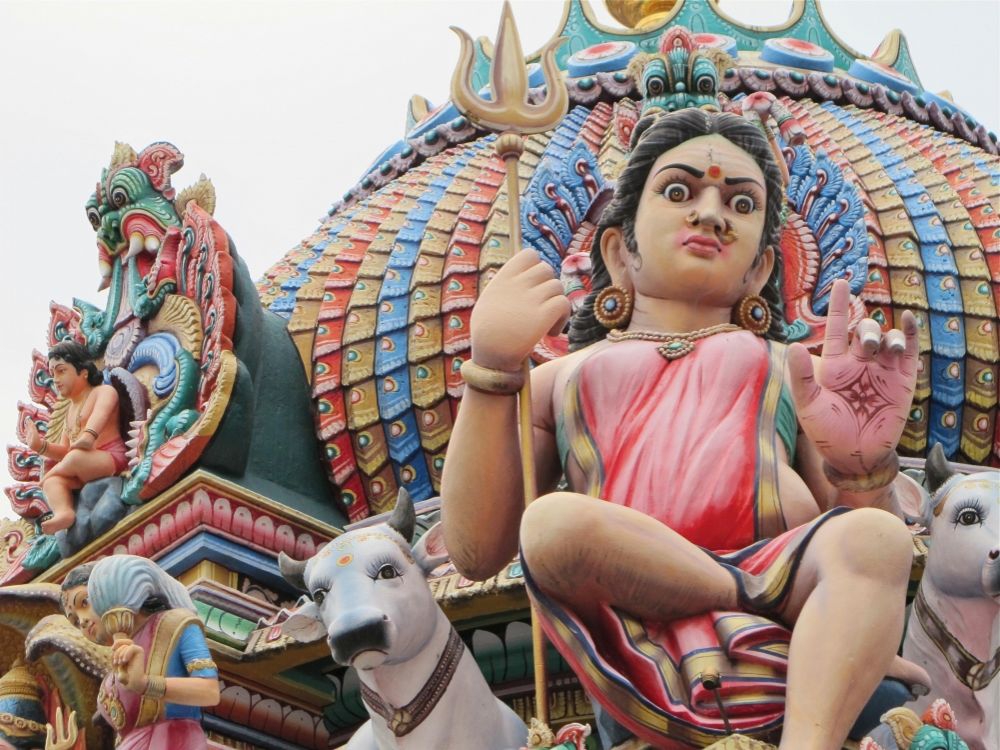 Since construction in 1827, the Sri Mariamman Temple in the Chinatown district of Singapore served as a refuge for new South Indian Tamil Hindus immigrants amongst others. Offering a significant place of worship and shelter the temple has been home to several immigrants throughout history.

Historically, the temple housed the only priest from the Registry of Marriages for Hindus. The temple is still very popular for Hindu weddings and many married couples come to pray for a long marriage.

It is also the only temple in Singapore to carry out the fire-walking ceremony of Theemithi held beginning of November each year as part of a religious vow where devotees walk on fire in exchange for a wish or blessing.

Another important celebration is the Navarathiri festival where classical Indian music and dance is performed over nine nights. The event tells the story of Durga, Lakshmi and Sarasvathi who combined their powers to destroy Mahishasura, a demon indestructible by man. On the 10th day thousands of devotees will join a victory parade and the statue of the goddess Mariamman will be carried around the temple on a raised platform.

Please find the exact dates of these celebrations in our events calendar.

The main deity of this temple is the goddess Mariamman, known for her power to cure illness. To visit her shrine, look for a separate shrine which houses a large statue of Sri Aravan's head. It is at the right side of the main shrine.

Make sure to experience the sculptures of mythical beasts, which is a landmark easily to notice by Hindu devotees and Singapore people alike.

If you want to take some photos you will be asked a S$3 donation and S$6 for video shooting.

- Wear suitable clothing such as long trousers for men and long skirt/dress/trousers for women. Shoulders should be covered with a sleeved top.

- Remove your shoes before entering the temple grounds

- Respect cordoned off areas as they might be taboo for non-Hindus.