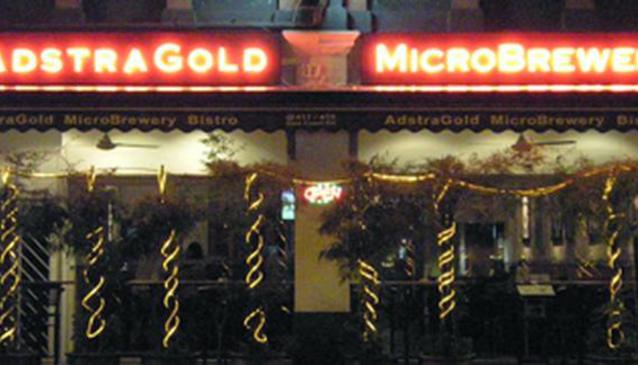 The neighbourhood microbrewery located on East Coast Road is a no-frill meeting place for live sports, Western food and of course, beer. Awarded Bronze Medal in 2010 for their RED Ale during Beerfest 2010 SEA Microbrewery Award, their Adstrapple Cider that was launched in September 2013, is the 1st Apple Cider being brewed in Singapore.

Although being the smallest integrated and patented microbrewery in Singapore, AdstraGold Microbrewery brews up to 15 types of designer craft beers and blends.

For those who are interested in local microbrewery in Singapore, AdstraGold Microbrewery conducts Microbrewery Tour and Craft Beer Tasting for both tourists and local visitors. The tours are organised for groups of a minimum of six participants.