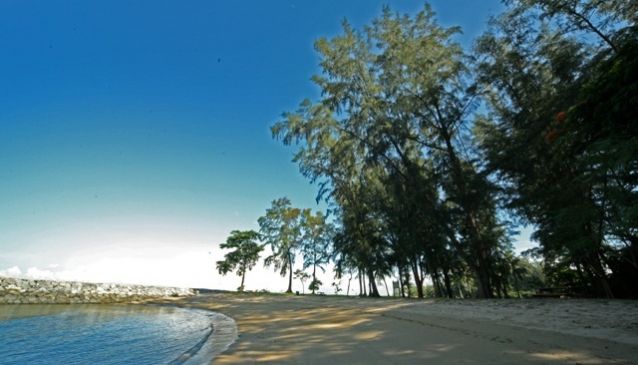 Trips and Tours Beaches and Islands

Although visitors to Kusu and St John's islands are provided with daily transport services, those who would like to visit Sisters' Islands need to hire one of the many boat operators at Marina South Pier.

The two small islands Big Sister (3.9 hectares) and Small Sister (1.7 hectares) were originally named Subar Darat  and Subar Laut. According to the legend, there lived two sisters, Minah and Lina who were inseparable. But one day, a dreadful pirate fell in love with one of the sisters and tried to take her away. A terrible storm suddenly broke out and a large wave engulfed Minah who wanted to rescue her sister. On seeing this, Lina freed herself from her captors and jumped into the sea to join Minah.The two sisters were nowhere to be found and Instead, two islands emerged at the point where they had drowned. Since then, people believe that each year on the very same day the islands were formed, there will always be storms and rain.

Sister's Islands is a popular spot among snorkeling goers and visitors looking for a lazy day by the beach with shady palm trees and shelters. Overnight camping permit can be obtained at administrator@sentosa.com.sg.